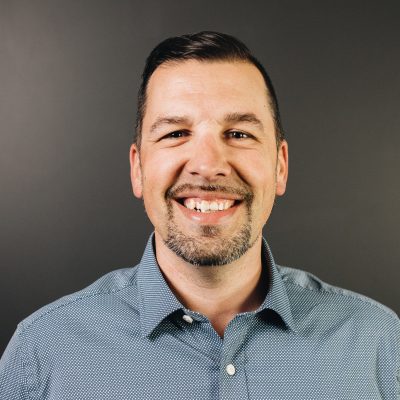 I can still see the look of shock in eyes of the room full of people staring back at me. They could not believe the words that had just come out of my mouth. Some were looking around the to see if they were in the wrong room, others were looking at me like I was the one in the wrong place. It was probably only seconds, but it felt like minutes of silence as the weight of my previous statement settled on this room of “unsuspecting leaders.”

Let me back up a couple of steps…

A few years ago, one of our international missionary partners asked me to come in-country and facilitate some leadership training for the church they had recently planted. The timing of this training was significant because the missionary family was due to return for a one-year furlough (home assignment and church reporting), the church was still very young, and the leadership relatively inexperienced. Our missionary leaders were rightly concerned that without the right tools or training the church may not be ready to lead itself while they are away.

But this effort wasn’t just about teaching people how to ‘do church’ in their absence, our missionary friends truly wanted to help our national brothers and sisters understand how to ‘be the church’ in their own community.

So, just 12 hours after I arrived, we all gathered in the church’s sanctuary. And when I say all, I mean not just the ‘leaders’ of the church—the whole church was there! About 50 people. Men. Women. Children. Married couples. Singles and single parents. Grandparents. Teenagers. We ran the gambit.

After a quickly introducing myself and forecasting where we would be going in our three-day training, I dropped the bomb that quieted the whole place…

“I believe that Everybody is a Leader!

That means that YOU ARE A LEADER TOO!”

Here’s why that was such a shocking statement…the culture of this country is very status dependent. In all things, there is a clear pecking order within the social spheres. And the life-stories of most of the church members, as well as even the neighborhood where their faith community was located, screamed that they were not leaders nor were they influencers; not in the eyes of the social constructs around them. Most of them were blue collar workers, taxi or bus drivers. A high school diploma was the farthest most had advanced in their education, some had not even gotten that far. Few of them were bosses or authorities in any other context of their lives, instead they were the ones who worked for bosses and who took their lead from the authorities around them.

So, when I told them that they were, in fact, leaders—they were clearly shocked. However, when I went on to explain that “if you know how to do something and you can show someone else how to do it, that makes you a leader” —the light bulbs of realization started coming on their eyes.

Over the next two days we taught, discussed in smaller groups, and did exercises that helped these newly minted leaders start putting their leadership skills forward. By the end of the retreat, they had organized themselves into teams that would coordinate every aspect of ‘being the church’- from running ministries like worship and children’s environments, to responding to Care needs within their church family and the community at large. As our event time was winding down, I found myself standing in the middle of a room full of leaders who were just getting started! They were excited with the realization that God had given each of them gifts which He intended for them to use in conjunction with the others in their church family to impact their community, and through their community—the world.

A little over a year later, I was checking in our missionary partners who were now back on the field after their time away. I peppered them with questions.

“How is the church doing?”

“What did you find when you returned?”

“How much did you have to ‘re-build’ when you got back?

I was thrilled to hear their report. “The church is as strong as ever. They went through some hard things, they lost some people to everything from discouragement to death, but they persevered in spite of it. In fact, they gained some new people too! They even held a baptism and baptized several new believers… all while we were gone!”

That’s exactly what the church is supposed to look like when you gather a group of Christ-followers who discover that they are all leaders, and you give them the room to run with the leadership gifts God has given them.